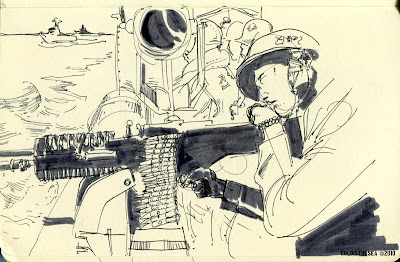 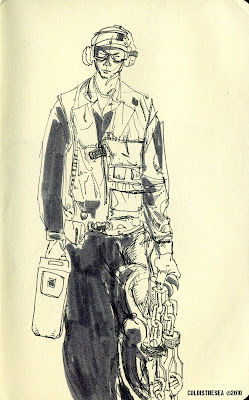 Had a lot of time to kill at work today. Spent a lot of time all over the internets reading about the mounting tension between North Korea, South Korea and us. Pretty nerve wracking, but I'm sure that given our established pattern of dealing with DPRK violence (such as the US soldiers hacked to death in the "Tree Trimming Incident" of '76 and the downing of Korean Airlines Flight 007 among many others) which generally results in a lot of saber rattling, but no decisive action, this incident will probably end up much the same.

Why? Because we, and the international community are willing to let Kim Il Jong be a loose cannon in order to prevent a limited nuclear war in the region and keep Seoul in one piece. I'm sure in the highest corridors of power, the caluculus is something like, "So what if the North Koreans kill a few ROKs and/or US military personnel here and there- as long as the nukes don't start flying and those big artillery tubes don't turn Seoul into dust." I guess...it's a good trade off...until the North Korean regime (whether it's Kim, or his son "Brilliant Comrade") does something really really nuts, like giving a nuke to a Takfirist organization, or launching one on the South.

The two drawings above show a ROK sailor manning a port-side M-60 during a patrol of the South Korean maritime border. The other drawing is of a US 7th Fleet Aviation Boatswain's mate during helicopter flight operations.

I hope the situation stays stabilized, or that we figure something else out that creates a beneficial long term solution. (Or some mediation occurs...)