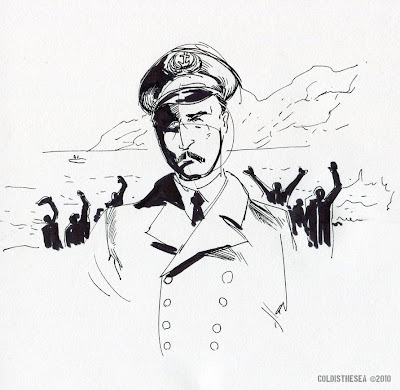 I was recently reading "Tommorrow The World" (a novel in John Biggin's amazing series about a Flashman-like (but less cowardly) Naval officer (and sometimes aviator) of the Austro-Hungarian Empire) in which there is a sequence where the hero (as a stripling Naval cadet)and his shipmates are assisted in their navigation of the Drake Passage by a Chilean Naval pilot. So, of course, it got me thinking about how little I knew about Chilean maritime history and culture. With a little research, I found the amazing story of "Piloto Pardo", a Chilean Naval officer who successfully rescued Ernest Shackleton's crew, who were marooned on Elephant island at the northern tip of the Antarctic Peninsula. A fascinating story which you can read here.